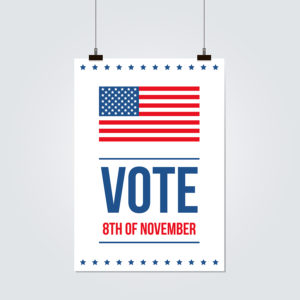 This year’s election may be the most important event in our nation’s history, with the very foundation of our country at stake. With such a large election looming, it is important that everyone who cares about the future of America to make their voices heard at the polls. Unfortunately, not many voters are familiar with the most important upcoming election dates, which may cause them to miss the opportunity to make their voice heard. Keep reading to learn about three crucial upcoming election dates and how you can support the efforts of the Nevada Republican party.

Winning this election for conservative values is contingent on having as many conservative voters at the polls as possible. Unfortunately, not all conservatives in Nevada are registered to vote, making it extremely important that you verify your voting status and register if you haven’t already done so. In order to be able to vote in this historic election, you will need to register in person by October 18 or through the mail by October 21. If you miss these dates, then you will lose the opportunity to cast your ballot and take a stand for the Constitutional principles that make this country great.

The Beginning of Early Voting

For those who have trouble getting to the polls on election day, there is the opportunity to cast their vote early. While early voting has traditionally been utilized more by Democrats, Republicans in Nevada who want to make sure to take part in this election should also take advantage of early voting. Starting on October 22, you can vote early either in person or by mail. There are numerous early voting sites across the state, meaning you should have access to at least one early voting opportunity close to you. If you don’t think you’ll be able to make it to the polls on election day, early voting is your chance to fill out your ballot for America. Here is a list of Republican Candidates.

Finally, perhaps the most important date you should know is election day itself. This is the day where millions of Americans will be visiting the polls to vote their values and to select this great country’s next president. November 8, the first Tuesday of the month, is the date you should mark on your calendar as the most important day of the year. This is when you will be able to go to the polls and vote alongside other patriotic Americans to preserve our country’s future. If you haven’t been able to vote by this time, it is crucial that you make time on election day to submit your vote for the Nevada Republican party.

Voting is important in every election, but it takes on an added significance when it comes to presidential election. The next president of this country will have tough decisions to make about our country’s future, making it crucial that we elect a president that respects the Constitution and the rule of law. Now that you know this year’s most important election dates, you should start the work of electing conservative candidates and supporting the Nevada Republican party by joining the Nevada Republican Men’s Club. By taking part in our membership, you’ll be doing your part to ensure another Great American century. Join us today!