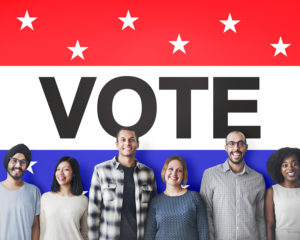 The most important factor in any election is voter turnout, and this holds particularly true in the type of hotly contested presidential election that we’re having this year. Unfortunately, not everyone who is eligible makes it a priority to vote. In fact, it’s likely you have friends and family who don’t exercise their right to vote, whether from general disinterest or disillusionment with the political process. Read on to learn how to convince someone to vote and how you can support conservatives in Nevada during the upcoming election cycle.

Make it About their Civic Duty

In the modern age, it can be hard to impress upon people their obligation to participate in the political process, but this is exactly what you need to do to convince your friends to vote. Make your argument that voting is their duty as an American citizen. Letting this right go to waste is a betrayal of everything that preceding generations fought and died for. Share your passionate belief that voting is an expression of commitment to the ideals of America and your friends will be more likely to go out on election day to cast their ballot.

Convince them About the Importance of this Election

In any election, the thing that captures people’s attention is what’s at stake. What’s at stake in the upcoming election is the very future of the Republic. Explain to your non-voting friends that voting for Republicans in Nevada, and at the national level, is vital in preserving Constitutional principles, the rule of law and the American dream for future generations. If you have friends who are wishy-washy at the prospect of voting in the upcoming election, make sure they understand how their voting can help protect the country.

There are a lot of reasons that people may not vote. Some people don’t have the time, and perhaps a few of your friends haven’t even registered. One of the best ways for you to convince your friends to vote this year is by eliminating any of the obstacles preventing them from heading to the polls. If you have a friend without transportation, offer to take them with you to vote. For friends that aren’t registered, help walk them through the process so that they’ll be eligible come election day. Anything you can do to make voting easier will increase the chances that your friends will participate in this most important election.

Get Out the Vote for Conservatives in Nevada

Few elections in our nation’s history have been as important as this one, making it a moral imperative to get as many conservatives to the polls as possible. It is very important to convince your friends to vote to defend the future of America. This November, make sure that conservatives in Nevada take the day by joining the Nevada Republican Men’s Club. We are a Republican club dedicated to electing candidates who support the Constitution and the American way of life, and we are having a membership drive right now. Partner with us today and make your voice heard.