The club hosts monthly luncheons the first Tuesday of each month at Ahern Hotel and Convention Center in Las Vegas. The luncheon doors open at 11:00am with business networking until noon.

Each luncheon features a guest speaker who shares information with attendees about conservative government and business issues. The President introduces all attending Republican elected officials and candidates, giving attendees an opportunity to meet and see those who represent them and work on their behalf.

The meetings end at 1:00pm, and many members often staying behind to mingle. The cost for a luncheon ticket through advance purchase is $40 for members and $45 for non-members. Members may reserve a ticket without using a credit card by selecting “Pay At Door RSVP-Member”. This requires payment with cash or check at the door (no credit cards). Walk-ins are welcome on a space available basis. Walk-in ticket price for both members and non-members is $5 higher.

Wayne is the host of the nationally syndicated “Wayne Allyn Root: Raw & Unfiltered” on USA Radio Network daily from 3 to 6 PM PT on its Las Vegas flagship station, AM 670 KMZQ. Wayne also hosts a daily podcast, “WAR RAW.” It is available at I-Tunes, Spotify, iHeart, Apple, Amazon, Google Play or wherever you listen to podcasts. Wayne was named to the “Talkers Heavy Hundred” list of the top 100 radio talk show hosts in America for the 3rd year in a row.

Wayne was honored in 2006 with a star on the “Las Vegas Walk of Stars.” His star sits on Las Vegas Blvd in front of the Paris Resort & Casino.

Join us at the Ahern Hotel & Convention Center for a very informative luncheon on Tuesday, December 7, 2021 with networking starting at 11:00am and program will start at 11:45pm.  For planning purposes, please Pre-Purchase your tickets via Eventbrite by Monday, December 6th at 1 pm. Walk-In Tickets will NOT be available on the date of the event. 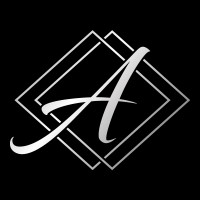 The Ahern Hotel and Convention Center is conveniently located on the north side of Sahara Avenue just west of the Strip. If coming from I-15, go East on Sahara toward the Strip and take the first left turn after you exit the interstate.  The turn takes you right into the driveway for the hotel.  The parking garage is on the right toward the back.  Parking is free; however, valet parking is currently not available. 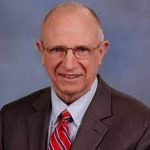 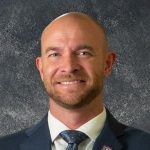 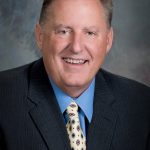 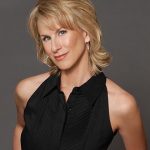 Peter Guzman, President of the Latin Chamber of Commerce