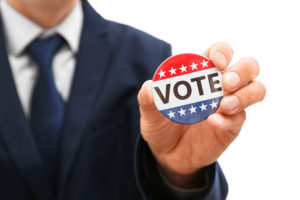 With such an important election coming up, it’s likely that the polls on election day will be packed with voters like you looking to make their voices heard. Because you have a busy schedule, it can be hard to find the time to wait hours at the polls to cast your ballot.

To make sure that you are able to cast your vote for conservatives in Nevada during this vital election season, a good idea is to plan to early vote. Early voting allows you to beat the election day crowds and ensure that your voice is heard.

Read on to learn everything that you should know about early voting in Nevada and find out why you should join the Nevada Republican Men’s Club.

Every Vote DOES Count!

In recent Presidential elections we found how important every vote is. In the 2000 Presidential race between George W. Bush and Vice President Al Gore the vote count in Florida was so close there was a recount where the terms “hanging chad” and “pregnant chad” were born. Ultimately, the Supreme Court ruled in favor of George W. Bush.

The 2012 the Presidential election between Mitt Romney and President Barak Obama would have had different results if the four million Republicans who stayed home had showed up to the polls. These Republicans were more conservative than most and were felt Romney was not the conservative mainstay that his campaign promoted. The absence of four million Republican votes gave us another four years of President Barak Obama.

In this Presidential election every uncast Republican vote is a cast for Secretary Hillary Clinton. In addition, every vote for a third party candidate is a vote for Clinton.

As election day nears, the national polls are tightening. Especially in the battle ground states. Casting your vote early will insure your vote will be counted. To prevent another four years of President Obama’s policies and keep control of the Supreme Court, vote early. Every vote does count!

When considering early voting, many people wonder exactly where they can cast their ballot. On election day, you will go to your assigned polling place, but for early voting you have access to multiple locations to vote.

First, you can submit your ballot at the County Board of Elections in whatever Nevada county that you live in. The most populated county in Nevada is Clark County. If you live here, this link is helpful.

However, there are also a number of satellite locations that may provide you with a more convenient voting option. To find out exactly where you can cast your ballot, you should visit your County Board of Elections website, where you’ll find a list of all available voting locations. Start with the Nevada Secretary of State’s website. Here you can easily navigate, finding the answers to your early voting questions such as “Where is my polling location if I vote early?”

When Does Early Voting Start

Second only to finding out where you can early vote is when you can early vote. In Nevada, the first day of in-person early voting is October 22nd, with the period ending on November 4th, the Friday before the election. However, all registered voters in Nevada can already cast their ballots by mail provided they are submitted by November 1st.

If this is your first time voting in Nevada, you must bring a valid form of identification and a proof of address, such as a utility bill, to your voting location in order to verify your eligibility.

How Can I Get a Sample Ballot?

Before you can cast your vote for Republicans in Nevada, it’s important that you know who is running in all of the races and what their positions are. The best way to learn who is running this election season is to examine a sample ballot. Fortunately, getting a sample ballot is relatively easy.

All you have to do is to visit your County Board of Elections, either in-person or on their website, to get the sample ballot for your county. Not only will this ballot included the candidates for higher office, it will also contain information about your local elections and any initiative that are up for a vote this year.

Researching your county’s ballot beforehand, whether you’re in Las Vegas or Henderson, will make sure you’re fully prepared when you go for early voting.

Whether you vote early or vote on election day, it’s crucial that you make your voice heard by voting for conservative candidates this year.

In addition to voting, you can support the Constitution and the Nevada Republican Party by joining the Nevada Republican Men’s Club today. With your help we will fight for conservative principles and the very future of America itself. Contact us today to find out how you can join our efforts.