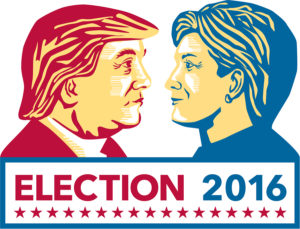 For those involved in politics for most of their adult lives, this is an election like never before. Political division is at an all-time high, with even political parties falling to in-fighting. Of particular concern is the Republican party’s failure to unite behind our nominee, Donald Trump. Even Nevada’s high-level representatives, Governor Sandoval and Sen. Dean Heller, have been reserved in giving their full support to Mr. Trump. However, more than ever, the Republican party needs to join together to get behind our nominee for the sake of the country.

Keep reading to learn why the Republican party must unite, and how you can take part by joining the Nevada Republican Men’s Club.

The Future of the Supreme Court is at Stake

With the tragic passing of conservative titan Antonin Scalia, a hole has been left in the Supreme Court; a hole that threatens to tear apart the integrity of not only the courts, but the Constitution itself. Whomever is elected as our next president will certainly get to nominate Justice Scalia’s replacement, and may possibly fill more than one vacancy.

Allowing the Court to be stacked with a liberal judiciary appointed by a Democrat president will significantly damage the founder’s original intent and the rule of law, possibly irrevocably. The Republican party must coalesce behind our nominee to ensure a Supreme Court filled with Constitutional conservatives.

We Need a Strong President for an Unsettled World

It seems like everyday there is a new report of a terrorist attack somewhere in the world. ISIS grows stronger everyday and our current president seems either unwilling or unable to stop them. It’s a long recognized fact that Republican presidents care much more about our nation’s security. In such an unsettled, dangerous world, it is vital that we elect a president who truly cares about America’s safety, and that person is not Hillary Clinton.

To ensure our country’s security, our party must immediately unite and support our nominee as fully and enthusiastically as possible.

America Will Not Survive 12 Years of Democrat Presidents

For 240 years, America has served as the shining city on a hill, the beacon of hope for the rest of the world when times are dark. Only the Republican party truly values America’s legacy of exceptionalism; a legacy that has been tarnished over eight years of Democrat governance.

Our beloved country cannot stand another four years of directionless government, making it a priority to get behind our nominee and return our nation to its rightful place in the world. Uniting as a party and getting behind our nominee is the only way to defeat Hillary Clinton and to preserve the American tradition of leadership and greatness.

Do Your Part by Joining the Nevada Republican Men’s Club

This year we are facing one of the most important elections in the country’s history. The very idea of America hinges on who are next president is, and we can not afford for that president to be another corrupt Democrat. Now is the time for the Republican party to come together and carry our nominee to victory, and the best way to join this movement is to join the Nevada Republican Men’s Club.

Our annual membership drive is happening right now, making it the perfect time for you to throw your support behind our party and our nominee. Join us today and fight for our country, our Constitution and our way of life.