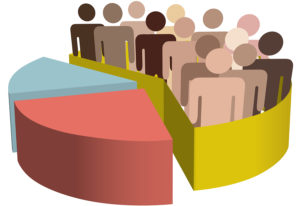 Nevada is home to one of the most diverse electorates in the entire country. In fact, nearly half of the electorate in the state is non-white, and will most likely be the largest voting bloc in the very near future. Unfortunately, the Republican Party has had some difficulty reaching minority voters, often resulting in these voters casting their ballot for Democrats election after election.

Talk About the Economy

Most voters across the country are aware of how severely Obama’s economic policies have failed, causing untold hardship and a severe lack of opportunities for Americans across the country. Minorities are one of the hardest hit sectors because of the lack of economic growth, which provides the perfect opportunity for conservative outreach.

Connect Based on Shared Goals

For example, the majority of minority communities highly emphasize traditional values, the importance of the Church and the sanctity of life, which are the bedrock principles of the Republican Party. If conservatives can make it clear that we share many of the same values as those in the minority community, we’ll be better able to reach them and to convince them to vote for Republican candidates.

The Democratic Party likes to claim that they are the supporters of minority rights and a champion of minority causes, but when you look at history, it’s clear that the Republican Party is the movement with the rightful claim of this mantle. Unfortunately, few minority voters are actually aware of the Republican Party’s history, which makes this a great outreach opportunity.

By fully explaining that the Republican Party is the party of Lincoln, and that we have long been champions of actual minority interests, we will be much better able to reach this important voter bloc.

As you can see, with the right strategy and information, it should be a simple matter to reach minority voters and convince them that the only party ready to improve America is the Republican Party. If you want to do your part to defend conservative values and reach minority voters, then you should consider joining the Nevada Republican Men’s Club.

The Nevada Republican Men’s Club works tirelessly to preserve the vision of America and to fight for the freedoms we all deserve. Join us today!