Voter Participation from the Primary

Did you know that lack of voter turnout resulted in President Obama’s reelection? If everyone who voted Republican in the 2008 election returned to the polls in 2012, Mitt Romney would have been our President. With an all-important election looming this November, it is now more important than ever for Nevada voters to head to the polls. Voter turnout is crucial to any election, particularly so to Presidential elections like we’re having this year. Unfortunately, based on the Nevada primaries, voter enthusiasm and resulting turnout needs improvement. Read on to learn how low voter participation affects elections. 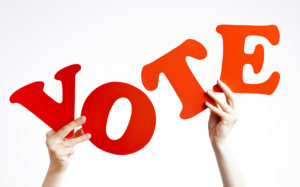 Our system of democracy is based on the idea of one man, one vote. It allows every citizen to have a voice in the leaders that we elect. This sentiment, however, falls apart when there is low voter turnout, particularly in primaries. During elections with low voter turnout, the candidates that are selected do not necessarily reflect the views of the public, only those who showed up to vote. Low voter turnout allows a small, passionate few to sway an election in ways that are hard to anticipate and may not reflect a majority view. This is particularly troublesome in primaries where the candidates who will run in national elections are chosen. Is this how both parties nominated candidates with historically low approval ratings for the Presidential race of 2016?

In the Nevada primary that took place earlier this year, low voter turnout was especially large. Statewide there are 1,295,622 active voters. The total ballots cast in this year’s primary totaled 240,213. This only amounted to 18.5% of eligible voters, which is a shockingly small number for such an important election. Although turnout during primaries is generally lower than that of a national election, this number is still much lower than is desirable.

It’s important that people are taught how imperative it is to take part in the democratic process. Talk to your family and friends. The Nevada Republican Men’s Club President Bob Sulliman’s message is clear:

“Donald Trump for President of the United States

We Republicans must get out and get our friends to register to vote. Each of us need to make a commitment to get 16 friends out to early voting, October 22 through November 4. This is the only way we – as a party – in this state and in this country will win in November. This is the only way to ensure that the Liar and Cheat Hillary Clinton will not become President of the United States of America.”

Make Your Voice Heard with the Nevada Republican Men’s Club

This year’s presidential election may be the most important one in the history of the country. As noted earlier, the consequences are too great to let fewer voters dictate the outcome of our elections. If you care who resides at 1600 Pennsylvania Avenue in Washington D.C. then you need to tell 16 of your friends to go and vote in November. To learn more about political issues and activities consider getting involved with the Nevada Republican Mens Club. We are dedicated to electing conservative candidates who are committed to God and Country, and we want you on our side.