Why the Electoral College System is Used to Elect Our President 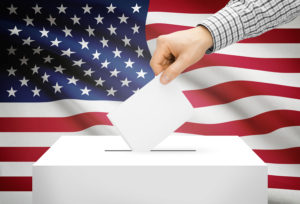 This year is an important election year, and because of this, many people have questions about the process of electing a president. Although potential voters are often familiar with the process of casting their votes on election day, many don’t actually understand how those votes play into actually electing the president.

How Was the Electoral College Established?

Many of the founders were wary of direct democracy, fearing that large groups of voters would band together and vote for unconstitutional measures. Establishing the electoral college was a protective measure to balance out the voter’s power and to protect the God given rights enshrined in the Constitution that are so important to republicans in Henderson, Nevada.

What are the Rules of the Electoral College?

Electoral college systems work by establishing electors in each state who will convene and decide which presidential candidate their state’s electors will support. The mount of electors, and electoral votes, that a state has is determined by the amount of Congressional representatives that state has – meaning that a state’s electors are equal to the amount of senators and state representatives it has.

When it comes to committing electoral votes to a presidential candidate, there are a couple of things to consider. Firstly, some states are winner-take-all states and others are proportional, which will determine how many electoral votes a candidate receives. Secondly, electors are not bound to commit their electoral vote to their states popular vote winner, even though this is the way it usually plays out.

Once the electoral votes are tallied following an election, whichever candidate receives a majority of 270 votes will be the next president.

How Does the Electoral College Affect Elections?

Although the electoral college generally represents the popular vote winner, there is a concern that they are not legally bound to commit their votes this way. Additionally, as the country has grown, the way that electoral votes are proportioned has increasingly favored the more populous states, reducing the impact of rural voters who are the backbone of the country. There has been some recent debate as to whether the country should continue to use the electoral college system, but no conclusive decisions have been reached.

Learn More About the Election Process from Las Vegas Republicans

Understanding how the system of American democracy works is integral in making your voice heard this November. However, voting is only one way to affect the future of the country and to show your patriotism. Las Vegas republicans looking to take part in the political process and to support GOP candidates this fall should join the Republican Men’s Club. The Nevada Republicans Men’s Club is one of many conservative groups supporting the Nevada Republican party and Constitutional principles. Contact us today to find out how you can join the Club and restore America to its founding vision.