A tyranny of the majority is an interesting term. Does it seem to you as it does to me to be a contradiction of a Democracy? A Democracy is built on the foundation of majority rules so how could the majority be tyrannical?

A Tyranny of the Majority

A tyranny of the majority is an interesting term. Does it seem to you as it does to me to be a contradiction of a Democracy? A Democracy is built on the foundation of majority rules so how could the majority be tyrannical? 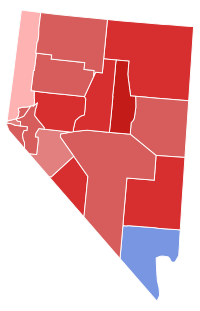 That is a “Tyranny of the Majority”.

During the initial formation of this country, some of the 13 colonies felt if they agreed to form the United States their lives and traditions could be dictated to by the majority of the population. Let’s look at that for a moment and then I’ll propose some solutions.

In the original 13 colonies, the total count of male white residents over the age of 16 (voters) were 807,094 in 1789.  The total male white residents over the age of 16 in the 6 most populated colonies were 470,865 equaling 58% of the population. It was possible for 6 colonies to dictate to the other 7 how they will live their lives leaving those colonies potentially without a voice. In many author’s opinions, this was a significant reason for the Electoral College…“It sought to reconcile differing state and federal interests, provide a degree of popular participation in the election, give the less populous states some additional leverage in the process”.

Alas, we in Nevada, as well as Oregon, Washington State, and California have large population centers dictating to the majority of the State’s geographic area.

First, in the case of States not yet dominated by Democrat controlled population centers should change their constitution to elect the Governor and Lt. Governor using a system mirroring the Electoral College system used in Presidential elections. This would give each county in the state a better representation when electing the top of the State’s leadership. This system would ensure one branch of government in those States would be far more representative of the entire State rather than representative of the population centers.

Second, Vote Patriotically. Given a choice between supporting a candidate who is a proponent of illegal immigration, not protecting our borders and supporting the broken Obamacare versus a candidate who supports this country’s ideals how would you vote?  Would you vote for the Progressive Socialist just because that person is a friend? If so you are part of The Swamp. In elections, we should always consider Country and State over personal relationships.

We Patriots, we Republicans, and yes even Libertarians must always reject supporting a candidate as a favor when that candidate in even a small way supports a move toward a Socialist government.

Let's all agree to support our State and Country in this 2018 election.